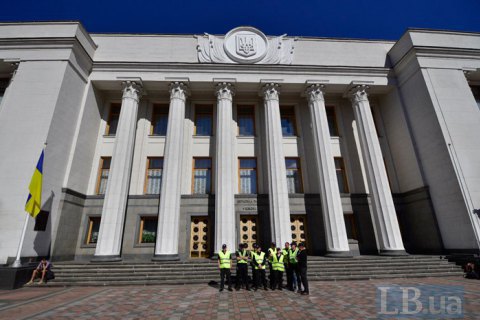 MPs have discussed 1,273 out of 1,927 amendments to the law on the Supreme Anticorruption Court, whose establishment is one of the key conditions of the West for allocating further financial aid to Ukraine.

"We have discussed today over 1,000 amendments. We need to understand when we will be able to pass a decision. This will happen next week. Either on Tuesday (5 June) after lunch or on the morning of Thursday (7 June). I think this can be Thursday morning to ensure mobilization," speaker Andriy Parubiy said, closing today's session.

None of the amendments to the bill received enough support to be adopted.

According to one of the MPs, there were fewer than 226 MPs in the session hall for any decision to be passed.

Parliament started to consider the bill on 23 May. No resolute agreement on key amendments has been reached with the International Monetary Fund, including on the role of the public council of international experts who would select anticorruption court judges.