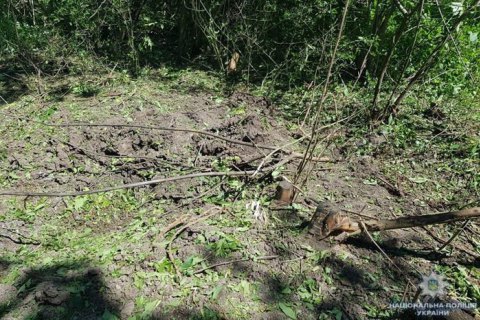 A child was killed in the town of Zalizne (former Artemove) close to Toretsk, the first deputy head of the National Police, Vyacheslav Abroskyn, has said.

"An underage girl was killed today as a result of a militant shelling of the peaceful village of Zalizne (Toretsk). The child walked out into the yard where she was killed by enemy shrapnel. A police investigative team is working at the scene. Our condolences to the family," he said on Facebook.

On 27 May, two Ukrainian servicemen were wounded amid 22 attacks by pro-Russian militants, according to the morning update by the Joint Forces Operation (JFO) HQ. On four occasions, the militants used heavy weapons.

"The situation in the JFO area remains under control. Over the past day, 27 May, the combat intensity has decreased," the HQ said.

Near Horlivka, engagements took place near Svitlodarsk, Zaytseve and Novhorodske. In the Donetsk sector, they were registered near the Butivka mine and Maryinka.

There was an escalation in the area of Pavlopil, Vodyane and Shyrokyne close to Mariupol.

"During a short engagement near Pavlopil at around 7 p.m. yesterday, the enemy incurred losses. According to specified reports, three occupiers were killed and three wounded. However, the fate of one JFO serviceman is yet unknown. The circumstances of his disappearance are being establishes, search measures are underway," it said.