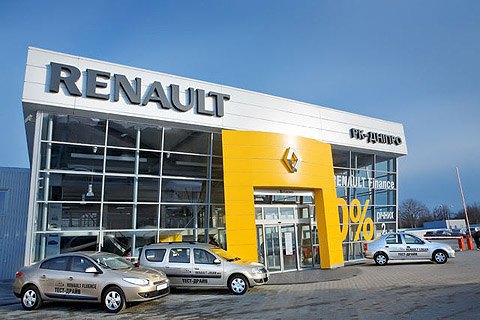 Renault is considering opening a factory in Ukraine, Prime Minister Volodymyr Groysman has said after a meeting with the French car maker's management.

"We are interested in developing production links with France and car making can become one more area for business cooperation. We are currently in talks on a possibility of placing a production facility for Renault cars in Ukraine. For us this means additional jobs and broader export opportunities," he said.

He added that he was going to initiate the development of a legal framework to attract investors in car making.

"By September, we can prepare a bill to attract producers to make cars here. There will be jobs, there will be cars. We are working together on the creation of conditions for the competitive placement of car making facilities," he said.

The Ukrainian car industry has been deep in crisis for years, with as few as 7,296 cars produced in 2017.

The market of new cars in Ukraine exceeded 82,000 in 2017, with Renault being one of the most popular brands.