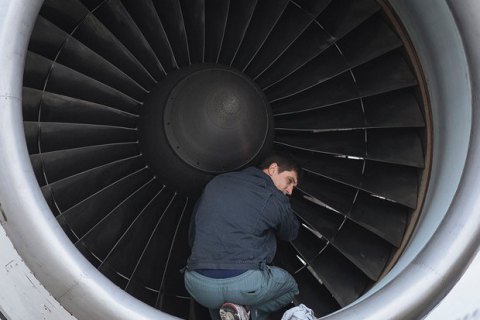 The National Police of Ukraine have initiated criminal proceedings against the officials of the Russian Federal Air Transport Agency (Rosaviatsiya) and Volga-Dnepr Group (Russia) for forgery of airworthiness certificates of An-124-100 Ruslan planes, according to the Ilyashev and Partners law firm, which protects the interests of Antonov state enterprise, Interfax-Ukraine reported.

"On 17 July 2018, the National Police of Ukraine included information in the single register of pre-trial investigations on the commission of a criminal offence ... on abuse of office and forgery of documents for the prolongation of airworthiness of An-124-100 Ruslan aircraft by the officials of Rosaviatsiya and the German company AMTES GmbH, part of Volga-Dnepr Group," the press service of the law firm said.

It said the matter concerns criminal offence under Part 2 of Article 364 of the Criminal Code of Ukraine - abuse of power or office, which caused of serious consequences, for which punishment in the form of imprisonment for up to six years is foreseen.