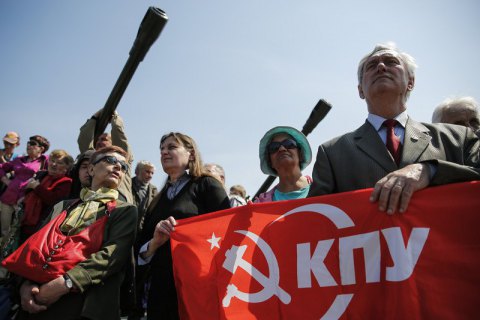 The cyber police have taken down the website of the Communist Party of Ukraine down and confiscated its computers and servers, according to the Ukrainian News agency.

They were acting within the framework of criminal proceedings under Article 436-1 of the Criminal Code concerning the production and distribution of Communist, Nazi symbols and propaganda of the Communist and National Socialist totalitarian regimes.

In May, the Security Service of Ukraine (SBU) raided the senior leaders of the Communist Party and found pro-Russian promotion materials. Earlier, the party's offices in Kyiv and the region were searched in the case on high treason.

The Communist Party of Ukraine was banned by the Kyiv district administrative court in December 2015. The High Administrative Court endorsed this ruling in January 2016.