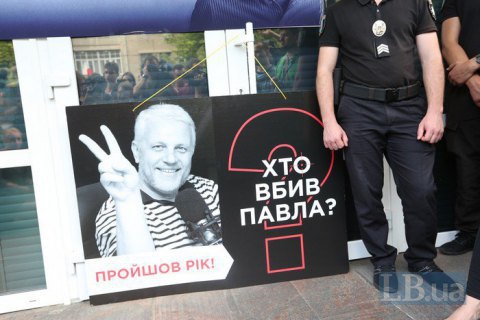 The National Union of Journalists of Ukraine has demanded a public report on the investigation into the murder of journalist Pavlo Sheremet, who was killed on 20 July 2016 in a controlled car explosion.

In a statement, the union suggested parliament should hold hearings in the autumn to give the authorities an opportunity to report on any progress in the investigation into Sheremet's murder and other crimes committed against journalists.

This report "would contribute to broader freedom of speech and transparency of power," it said.

The union said the murder cases of Heorhiy Gongadze, Ihor Aleksandrov, Vyacheslav Veremiy must be investigated.

"We are confident that the investigation of committed crimes against journalists and prevention of new ones will be effective, if lawlessness and hushing are countered with maximum publicity and transparency," the statement reads.

At a news conference in 2017, National Police chief Serhiy Knyazyev admitted no progress in the Sheremet case.