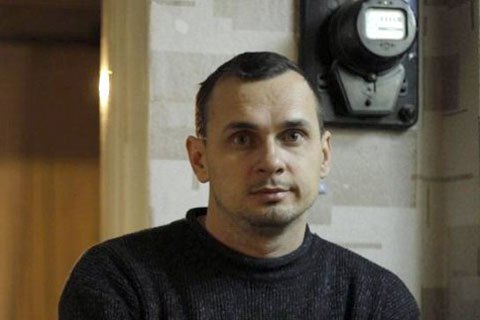 "He looks worse than last time. Very pale. He walks on his own. About ago he had a second health crisis. He felt sick and they wanted to hospitalize him to force-feed him, to administer him more mix. He refused and he was delivered to a colony on condition that he will take a mix under a doctor's supervision. He takes two spoons a day," Naumlyuk quoted the lawyer as saying.

"He is held in a hospital room and he is not going to stop his hunger strike. He says: 'I will last as long as I can'," he added.

According to Naumlyuk, Sentsov suggested that Ukraine should be taking more active efforts to release other political prisoners.

Sentsov was sentenced to 20 years in a tight-security colony on terrorism charges, which in his case are considered to be politically motivated in Ukraine and the world.

Since 15 May, Sentsov has been on a hunger strike demanding the release of all Ukrainian political prisoners held in Russia and territories under its control.