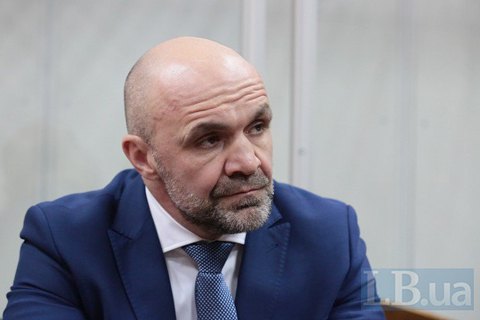 A bail of nearly 2.5m hryvnyas has been posted for the recently arrested chairman of the Kherson region council, Vladyslav Manher, who is suspected of arranging the murder of Kherson-based civil activist Kateryna Handzyuk, Manher's lawyer Dmytro Ilchenko has said.

"If I had accepted help from everyone who wanted to help Vladyslav Manher, we would have already raised over 2m dollars. I'm grateful to everyone who wanted to help. But in the end, it was decided for bail to be paid by myself. In this way, we'll avoid another wave of allegations from [Security Service of Ukraine officer Danylo] Dotsenko & Co. [who is allegedly involved in the Handzyuk murder as testified by Manher] about the money. I am on my way to the treasurer's office," Ilchenko wrote on Facebook and attached a photograph of a bank receipt of bail payment.

Manher was released from custody on the evening of 15 February.

"I feel very well, I have no complaints about anyone. I am fully prepared to cooperate with investigation. I think we need to have less nonsense in the press but instead help each other in efforts to find the real criiminals," he said upon leaving the remand centre.

He did not explain where the money for his bail came from.

As was earlier reported, an unknown person doused Handzyuk with sulfuric acid in Kherson on 31 July 2018. She died of complications on 4 November 2018.

Manher, a former member of the Fatherland party, suspended his membership in January 2019. He has denied any wrongdoing.