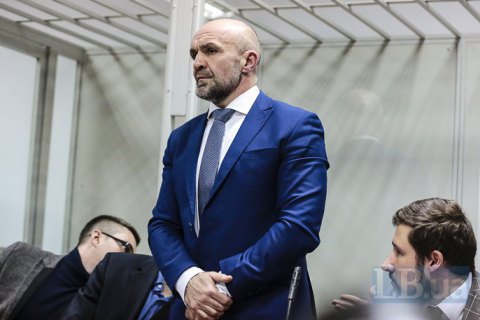 Speaking in court, the head of the Kherson regional council, Vladyslav Manher, who is suspected of ordering the murder of Kherson activist Kateryna Handzyuk, has accused Security Service of Ukraine (SBU) Gen Danylo Dotsenko of the crime.

“I know that Kateryna had cooperated with the Security Service of Ukraine and was directly subordinate to SBU Gen Danylo Dotsenko. I assert that in a private conversation, Danylo Dotsenko repeatedly told me that he hates the Fatherland party and our leader Yuliya Tymoshenko and will do his best to destroy Fatherland in Kherson Region,” Manher said.

He added that Dotsenko had a conflict with the National Police over corrupt tree felling schemes.

“I believe that Danylo Dotsenko organized the attack on Kateryna Dotsenko to discredit police,” Manher said.

Manher said he is concerned for his life. “Investigation does not need me alive today. This was all made up. I officially say that I am not going to commit a suicide and if anything happens to me, consider it a murder,” he said.

Kherson anticorruption activist Kateryna Handzuk was splashed with acid in central Kherson on 31 July 2018. On 4 November, she died in hospital.