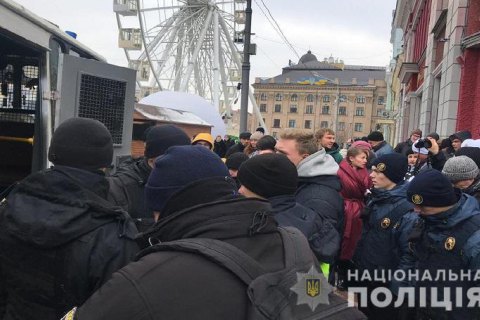 Well-known army support volunteer Roman Sinitsyn, a former member of the police vetting commission, has said a criminal case was opened against him on suspicion that he poses a threat to policemen.

He said on Facebook that the case was opened after he called on his online friends and followers to share any information on police officers who assaulted public activists outside the Podilskyy district police department in Kyiv on 9 February.

“Because of my post about a reward for the names and addresses of police employees who took part in the violent assault in people, a case was opened in the Single Register of Pre-Trial Investigation under Article 345 “a threat of murder, violence or destruction or damage of property of law-enforcement agency employees, as well as their relatives, because of their duty”,” he said.

He denied collecting police officers’ personal information or threatening them or their relatives.

Earlier, the National Police opened an internal investigation to check whether police officers acted appropriately during the detention of a group of people in Kyiv’s Podilskyy district on 9 February.