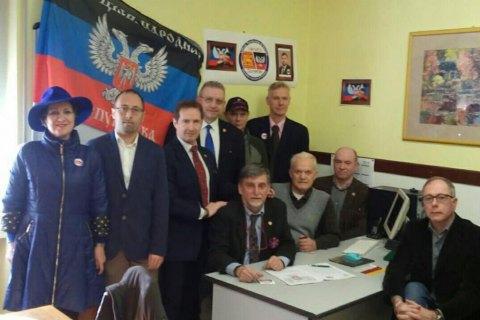 The Ukrainian embassy has sent a note of protest to the Italian Foreign Ministry due to the opening of a “Donetsk People’s Republic representative office” in Verona on 9 February, its press service has said on Facebook.

The Ukrainian embassy condemns any support for militants and considers it inappropriate.

“The embassy and the Foreign Ministry of Ukraine are taking political and diplomatic steps in response: a verbal note to this effect was sent to the Italian Foreign Ministry, inquiries were sent to the prefecture and questorship of Verona to express protest against the acts of anti-Ukrainian provocation aimed at undermining the common European position in support of the territorial integrity of the Ukrainian state, the legal status of this ‘representative office’ is being checked,” it said.