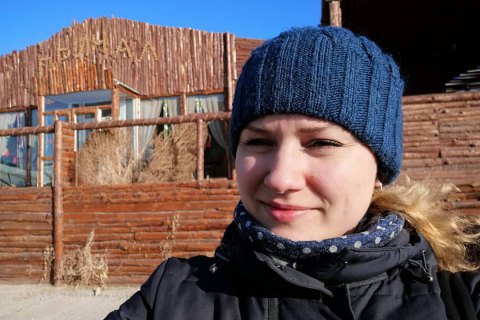 Ukrainian national Lyudmyla Voloshyna, an observer with the official human rights mission Federazione Italiana Diritti Umani - Comitato Italiano Helsinki, has been detained in Kazakhstan by officers who introduced themselves as migration police.

Rights activist Natalya Panchenko, a volunteer with the Federazione Italiana Diritti Umani (Italian Human Rights Federation), said on Facebook: “We have just been informed about the detention of FIDU observer in Kazakhstan, Lyudmyla Voloshyna. She was taken from the hotel Comfort in Astana by the migration police today. The police officers didn't provide any information about the detention and we lost contact with her, because her phone was taken by police officer. Lyudmyla Voloshina Людмила Волошинаis a prominent human rights defender from Ukraine. She went to Kazakhstan on the 1st February for a human rights monitoring mission.”

The Italian Human Rights Federation has demanded her immediate release.

The mission believes her detention has to do with the case of Kazakh judge Malik Kenzhaliyev who told her that he had been dismissed and subjected to pressure because of the ruling he had issued which did not please the Kazakh authorities.

One more observer, Valeriy Yavtushenko, was detained in Astana when he and a lawyer were heading for the Ukrainian consulate.

Ukraine’s consul in Kazakhstan was not allowed to enter the migration service in Astana, where Yavtushenko is held, lawyer Tolegen Shaykov said.

He posted a video of the consul banging on the migration service door to no avail.

Later the Astana police said that Voloshyna was detained for violating migration regulations by “carrying out activities which did not match the purpose of her visit”, according to Nur.kz.