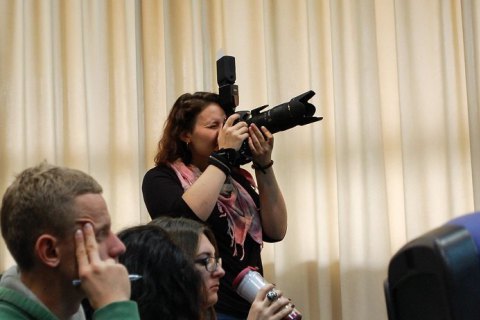 Ukrainian photographer Alina Smutko has been barred from visiting Russia and occupied Crimea for 10 years.

"Today I was added to the list of people 'threatening the national security of the Russian Federation'. As a result, I was banned from entering the Russian territory and Crimea, in particular, until 2028. Very unfortunate," she said.

Smutko told Krym.Realii that the ban has to do with her professional activities.

"It is very difficult to do something and remain in Crimea. I think that this a planned effort to squeeze out people who go there not for private reasons. I think I fell under this weight," she said.