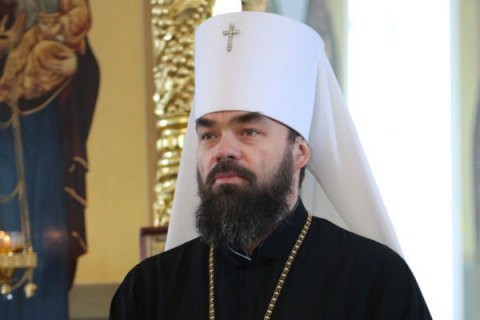 Horlivka and Slovyansk Metropolitan Mitrofan of the Ukrainian Orthodox Church of the Moscow Patriarchate has been questioned in Slovyansk on suspicion of contacts with illegal paramilitary groups, the local police press service has told Novosti Donbassa.

The metropolitan was stopped at a checkpoint near Slovyansk. It turned that he was in the Interior Ministry's database as a person maintaining contacts with illegal paramilitary groups.

"He was invited to a police station and questioned in the presence of a lawyer," the police said.

They added that Mitrofan "is not yet facing a criminal case".

"Operatives will further deal with this," the police said.

Earlier, Mitrofan and Donetsk and Mariupol Metropolitan Ilarian (Shukalo) were not allowed to cross into the separatist-controlled territory of Donetsk Region through the Novotroyitske checkpoint because the Security Service of Ukraine (SBU) had annulled their passes.

The Donetsk and Horlivka eparchies are located on both sides of the line of contact.