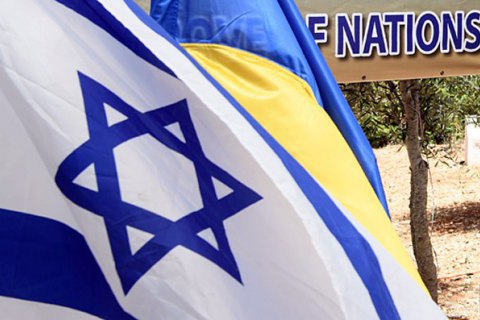 The Ukrainian Foreign Ministry does not rule out the cancellation of visa-free regulations with Israel if the rights of Ukrainian tourists and travelers are systematically violated at the border, Foreign Ministry spokesperson Kateryna Zelenko said at a briefing in Kyiv, as quoted by LB.ua.

"If foreign governments do not approach in a proper manner the fight against illegal recruitment and employment of Ukrainian citizens, if the rights of Ukrainian tourists and travelers are systematically violated, in particular at the border, we will revise the conditions of travel for citizens, including the expediency of maintaining a visa-free regime for citizens of those countries where the rights of our compatriots are systematically violated," Zelenko said.

“The Foreign Ministry of Ukraine considers it unacceptable that every Ukrainian tourist at the border is seen as a violator of immigration rules because governments are unprepared or unwilling to crack on the practice of illegal employment in their countries,” the spokesman said.

A scandal broke out between Ukraine and Israel over the non-admission of a group of Israelis to Ukraine. The State Border Service said there had been more denials of entry due to an increase in the number of unscrupulous tourists.

Since the beginning of the year, Ukraine has not allowed 96 Israelis into the country and 503 Ukrainians have been barred from Israel. In 2018, Israel did not allow 7,730 Ukrainians to enter the country.

Bilateral consular consultations to be held in March will discuss the situation at the two countries' airports.