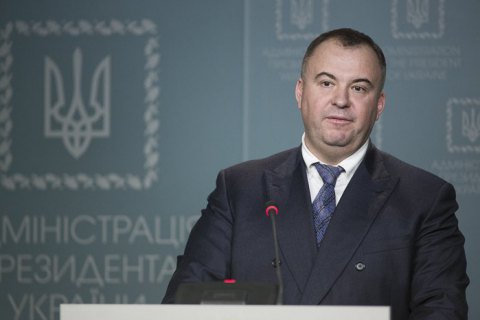 The first deputy secretary of the National Security and Defence Council (NSDC) of Ukraine, Oleh Hladkovskyy, has requested that his authority be suspended because of a journalist investigation into corruption at the state-run defence concern Ukroboronprom, according to Interfax-Ukraine.

"In order to cut short any speculations, I would like to personally ask the Main Military Prosecutor's Office and the National Anticorruption Bureau of Ukraine to check as soon as possible everything presented in the 'investigation' and let me and the whole world know the answers. While the law-enforcement bodies are checking, I request the suspension of my authority as the first deputy secretary of the NSDC and head of the interdepartmental commission for military-technical cooperation and export control. I am submitting my request immediately," Hladkovskyy said.

Hladkovskyy, who changed his surname from Svynarchuk, used to be Poroshenko's business partner. In 2009, Poroshenko sold him his share in Bogdan Corporation, thus leaving Svynarchuk its only owner. They used to be involved in other business projects together too.

On 25 February 2019, the Nashi Hroshi investigative journalist programme published results of an investigation into the purchase of military hardware spares for Ukrainian defence plants from Russia. The spares were smuggled without quality control into Ukraine. Sometimes they were allegedly as good as scrap metal. The smuggled goods were cleared using one-day firms reportedly controlled by individuals close to Ukroboronprom.

This investigation is based on a leaked communication archive received by Nashi Hroshi from an anonymous source in 2018.

Hladkovskyy's son, Ihor, who is mentioned in the report, denied the allegations as fake while Ukroboronprom described it as an act of manipulation and sabotage.