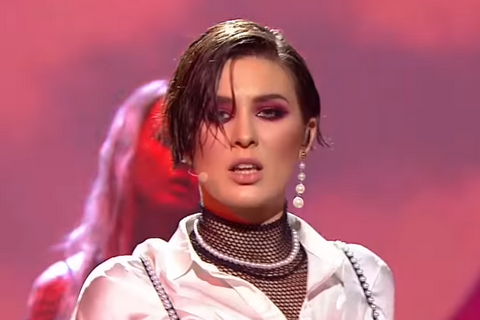 The National Public TV and Radio Company of Ukraine and MARUV, the singer who won the national casting for Eurovision, have failed to reach an agreement regarding her participation in the song contest for a number of reasons, the company has said.

Singer Anna Korsun, aka MARUV, received the highest score from the audience. Her performance was highly praised by music experts and show business. However, the national entry has certain commitments too: after signing the contract, the singer becomes a cultural ambassador of Ukraine who not only performs but expresses an opinion of Ukrainian society in the world.

Following negotiations, the National Public TV and Radio Company of Ukraine and MARUV failed to reach a common ground on the mission of Ukraine's representative at the international song contest.

According to the Rules of Eurovision, "all Participating Broadcasters, including the Host Broadcaster, shall ensure that all necessary steps are undertaken within in their respective Delegations and teams in order to make sure that the ESC shall in no case be politicized and/or instrumentalised".

The company is yet to choose another singer to represent Ukraine at Eurovision in Tel Aviv.