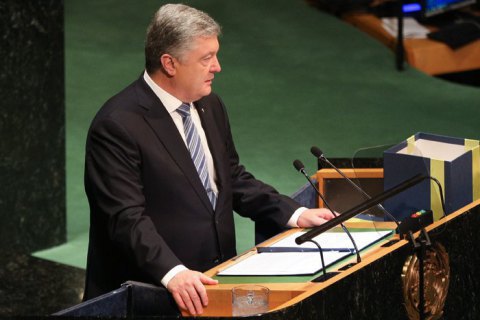 Ukrainian President Petro Poroshenko has said a threat of Russia's full-scale war against Ukraine is "quite real", UNIAN has reported.

"I think the threat of a full-scale war is not just a declaration, it is quite real, especially in the light of the enemy's current military preparations," he said at a meeting with senior officers of the Armed Forces of Ukraine in Kyiv.

The president said that preparations for war were underway near Russia's border with Ukraine, namely in Smolensk, Voronezh, Belgorod and Rostov regions, as well as in occupied Crimea.