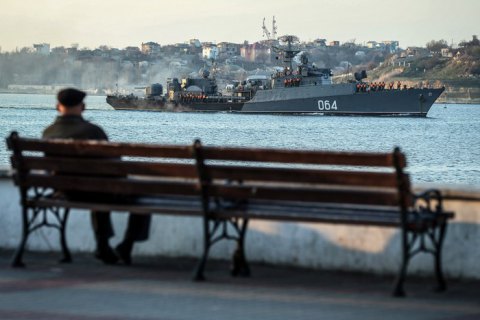 Over the five years of occupation, Russia has relocated nearly half a million its citizens to Crimea, the programme director of the state-run Crimean House, Alim Aliyev, has said, according to Ukrinform.

“As far as the Crimean Tatar Majlis is aware, around 0.5m people entered Crimea from Russia. They were brought in,” he said.

According to First Deputy Information Policy Minister Emine Dzhaparova, the repressive authorities in Russia are using a classic system of “squeezing out” the native people. In Crimea, they are targeting active, pro-Ukrainian patriots or people generally capable of putting up resistance.

From 35,000 to 50,000 people have left the peninsula. “I would like to stress that this is an absolutely qualitative rather than quantitative indicators because there was a so-called ‘brain outflow’. These young professionals, journalists, public and political activists, people of culture and education, businessmen, some active students who left,” he added.

Russia brings in servicemen, special forces and consultants, officials and teachers who help it to integrate Crimea in the Russian space.

People associated with Russian special services now work at every enterprise in Crimea, even in local kindergartens.