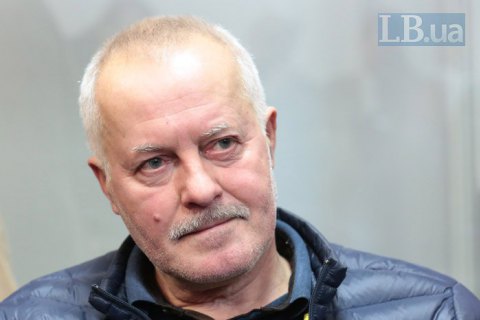 A former chief of the Ukrainian Armed Forces' General Staff, Volodymyr Zamana, who was detained earlier today on suspicion of high treason, has said that the authorities are using his case to avoid responsibility for allowing the occupation of Crimea.

He said this as Kyiv's Pecherskyy district court was selecting a measure of restraint for him, according to an LB.ua correspondent.

"They need a winter curtain to cover up their inaction," he said.

Zamana accused Oleksandr Turchynov, who was the acting president at the time, of not having guts to order the deployment of troops to Crimea.

Commenting on the high treason allegations, he said that it is parliament not the General Staff chief that approves the decision to cut the number of military personnel. He also denies any connections with Russia or actions in its favour.

He also denied having acted in collusion with Viktor Yanukovych.

"This is slander, manipulation with facts," Zamana said.

According to him, he only saw the ex-president four times.

Zamana was in charge of the General Staff from February 2012 to 19 February 2014. The military prosecutor's office suspects him of making the army incapable.

From 22 February to June 2014 he was parliament's envoy overseeing the Defence Ministry's operations.