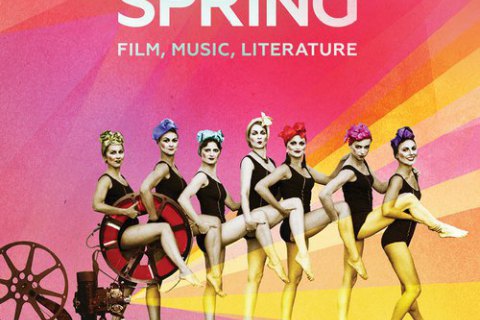 The BOZAR arts centre in Brussels will host the Ukrainian Spring culture festival on 15-17 March.

According to its organizers, Ukrainian Spring is the next in a series of Ukraine on Film projects and will for the fourth time present Ukraine in Brussels.

BOZAR describes Ukrainian Spring as a "festival of Ukrainian culture that combines films, literary discussions and a concert by the internationally acclaimed group Dakh Daughters".

It will also feature Dyke Pole (The Wild Fields), a film by Yaroslav Ladygin, Lebedyne Ozero. Zona (Swan Lake: The Zone) by Yuriy Ilyenko, and Brama (The Gateway) by Volodymyr Tykhyy.

Ukrainian Spring is an initiative supported by the Ukrainian Embassy in Belgium, Ukrainian State Film Agency, the Association of Ukrainians in Belgium, BOZAR and Arthouse Traffic.