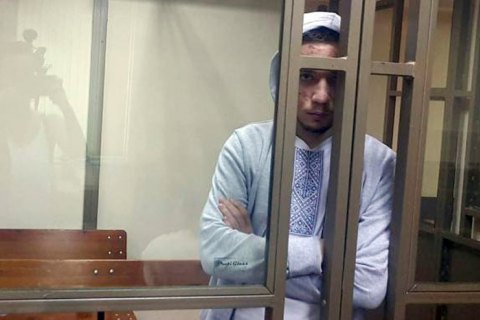 A Ukrainian consul has for the first time been permitted to visit political prisoner Pavlo Hryb in detention in Russia's Rostov-on-Don, Foreign Ministry spokesperson Kateryna Zelenko said at a briefing in Kyiv, as quoted by LB.ua.

"We expect this meeting to take place on 4 March," she said.

This will be the first opportunity for Ukrainian consular staff to meet Hryb since his abduction in 2017.

The Foreign Ministry hopes that a court will take into account doctors' conclusions on his poor health and need for medical supervision.

Pavlo Hryb was abducted in Belarus on 24 August 2017. Two week later he was found under the arrest of the Russian Federal Security Service (FSB) in Krasnodar. Hryb's condition has deteriorated significantly in detention.

At the end of January 2019, Hryb was reported to show signs of liver cirrhosis and Alzheimer's disease. Russia has barred Ukrainian diplomats from visiting Hryb.