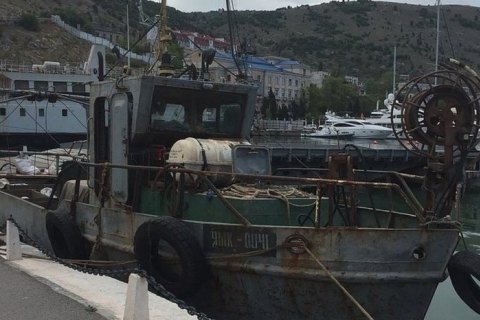 Ruslan Kondratyuk and Andriy Morozov, the sailors from the Ukrainian YAMK-0041 vessel who had spent over six months in Russian captivity, have returned home. They have received the status of victims in criminal proceedings, the press service of the Kyiv-controlled Prosecutor's Office of Crimea.

After returning to mainland Ukraine, the sailors were subjected to "appropriate investigative and procedural actions".

The investigations department of the Main Directorate of the National Police in the Autonomous Republic of Crimea and the city of Sevastopol is conducting a pre-trial investigation in the criminal proceedings over the unlawful detention of crew members of the fishing vessel YAMK-0041 by collusion of a group of people, use of weapons and a threat of violence, as well as the seizure of the said vessel by representatives of illegal bodies in the temporarily occupied territory of Crimea.

On 10 September 2018, the Russian occupying troops detained two citizens of Ukraine – the fishermen who moored their motor boat at the shoreline of Lake Sivash near the village of Stefanivka, Dzhankoy District. Ruslan Kondratyuk and Andriy Morozov are residents of the village of Strilkove (Kherson Region). The State Border Service of Ukraine reported that the fishermen entered Crimea occupied by Russia because of problems with the boat engine. The sailors were released on 7 May 2019.