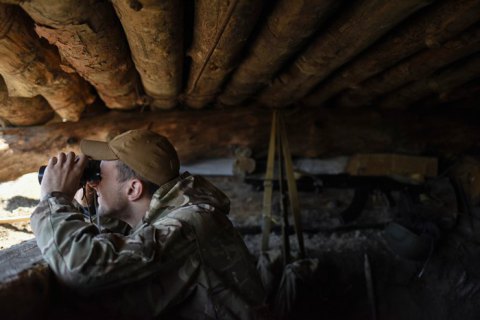 One Ukrainian soldier was killed and four wounded as a result of 11 ceasefire violations by the Russian occupying troops in Donbas on 8 May, the Joint Forces Operation HQ has said on Facebook.

"The Joint Forces gave an adequate response to the enemy provocations," the HQ said.