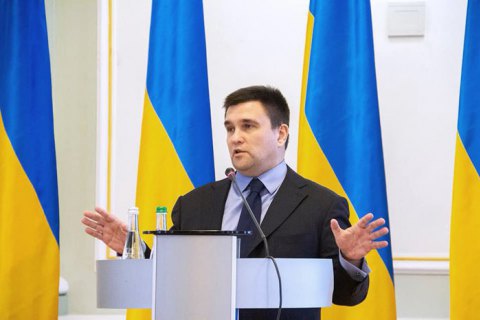 Ukrainian Foreign Minister Pavlo Klimkin has said that meeting Russia's demands for lifting sanctions in the Council of Europe will destroy the Minsk agreements aimed at resolving an armed conflict in Donbas.

"Yesterday many asked me about the Council of Europe [regarding sanctions on Russia]. I honestly told them that they go the way several countries were willing to go [to satisfy Russia's demands to restore its rights in PACE unconditionally], I will make a statement the same day: First, 'we don't have Minsk [accords] and, second it was 'killed' not only by Moscow, but you have also been 'killing' them consistently," the minister noted.

Klimkin added that his position had been heard and noted, in particular, by German, French and Dutch colleagues.