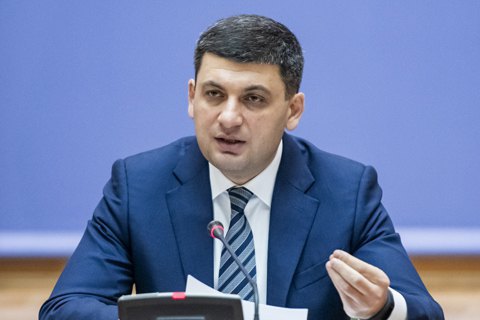 Ukrainian Prime Minister Volodymyr Groysman has said that a centrist position will be the ideological basis of his future political force.

"A centrist one. I still think that the centre is the most understandable to me. And I think that it is more appropriate for the state itself," he said in an interview with Interfax-Ukraine.

According to Groysman, his future team, with which he intends to run for parliament, should include people with modern thinking, experience and understanding of how to put ideas into practice.

"I should have like-minded people not only in the government and in parliament, who adopt decisions and vote, but also in the regions: those who share the understanding of reforms. And therefore, we really are forming a team across the country now: at the level of communities, cities, at the level of districts and regions. We bring together those people who have sound thinking and understanding of how to implement them. I believe that such a team that can generate ideas and implement them should be successful," he said.

Asked whether these would be "new faces" or "people with experience", the prime minister replied that his team would have "real faces", namely people who have relevant experience and understanding of the processes.

In April, Groysman announced that he would run for parliament with a new party.