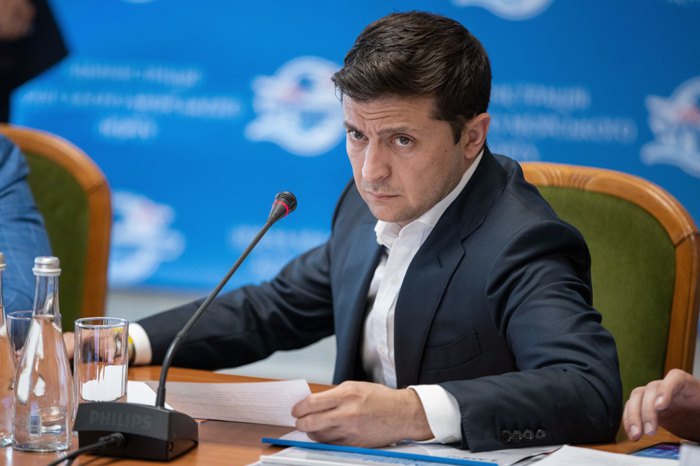 Now the state can be managed from one office alone, the president's one. The Cabinet of Minister is, in fact, turning into another unit of the presidential office while parliament risks becoming "not a place for discussions", as the Zelenskyy team's representatives have already hinted at.

It was the existence of the system of checks and balances in the government structure which on more than one occasion prevented Ukraine from sliding to authoritarianism and passing decisions which would be dangerous for the country. For example, it was resistance on the part of parliament which prevented the president from formalising the status of "certain regions of Donetsk and Luhansk regions" in the constitution and implementing the Minsk agreements on Donbas in full. In the parliament of a new convocation, the presidential political force will be enough to pass any decision, except for constitutional amendments, without paying attention to any weak protests from the short benches of other factions. And if constitutional amendments are necessary, there are parliamentary parties that will gladly help and whose leaders have already lined up to offer their services as junior partners.

One should not toy with an illusion that what is ahead of us is the Singaporean-style educated authoritarianism. No, the Ukrainian version of the Ring to Rule Them All has ended up in the hands of people, possibly not ill-minded, but clearly failing to understand the gist of the problems the country is facing and lacking at least any strategy.—

At the same time, they clearly gravitate towards manual administration and equally clearly do not tolerate any criticism or alternative opinion. Nobody knows yet what ideas can cross their mind or what interesting ideas the script writers of 95 Kvartal [Zelenskyy's comic company] can come up with when they translate their fantasies about politics into reality. Essentially, the incumbent authorities are reactive, they can react to external challenges or irritants, however they have not yet demonstrated any capacity to shape the agenda on their own or propose any strategic initiatives. Of course, if you do not treat the ideas to move the presidential office to the former Lenin museum or for Ukraine to host the Olympics as such.

Unfortunately, the composition of the Servant of the People faction leaves no room for hopes that the system of checks and balances can be born within the presidential party as such. Its team generally consists of fun and smart young people, however it is clearly not enough to have an individual position and courage to defend it, or, what is more, to object to those who gave you this ticket to the bright future.

Another dangerous implication of the monopoly to power is the absence of competition in politics. In Ukraine's terms, such competition was very rarely a competition of ideas and strategies, rather it was a competition of interests and ambitions, but still, even in this format, it nourished the mentioned system of balances (that safeguard from authoritarianism which the country so requires) and, to various extents, made the water in our political pond circulate, preventing it from turning into a swamp once and for all. How soon will we move from muddy backwaters in which only few big reptiles feel comfortable? Especially in the situation when the monopoly of one political force pushes both old and alternative "new faces" to the margins. I suspect it will not take much time at all.