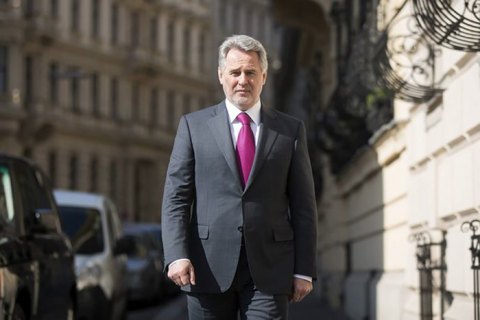 After years of litigation, the U.S. Justice Department [DOJ] won a ruling in Austria to secure Firtash’s extradition to Chicago. But then his legal team secretly filed new evidence that included the Weissmann overture, and Austrian officials suddenly reversed course last week and ordered a new, lengthy delay in extradition, The Hill has said in an article entitled "How Mueller deputy Andrew Weissmann's offer to an oligarch could boomerang on DOJ".

"That new court filing asserts that two key witnesses, cited by the DOJ in its extradition request as affirming the bribery allegations against Firtash, since have recanted, claiming the FBI grossly misquoted them and pressured them to sign their statements," The Hill's opinion contributor John Solomon said.

One witness claims his 2012 statement to the FBI was “prewritten by the U.S. authorities” and contains “relevant inaccuracies in substance,” including that he never used the terms “bribery or bribe payments” as DOJ claimed, according to the Austrian court filing, he noted.

That witness also claimed he only signed the 2012 statement because the FBI "exercised undue pressure on him", including threats to seize his passport and keep him from returning home to India, the memo alleges.

That witness recanted his statements the same summer as Special Counsel Robert Mueller's chief deputy Andrew Weissmann "quietly reached out to the American lawyers for Ukrainian oligarch Dmitry Firtash with a tempting offer: Give us some dirt on Donald Trump in the Russia case, and Team Mueller might make his 2014 U.S. criminal charges go away".