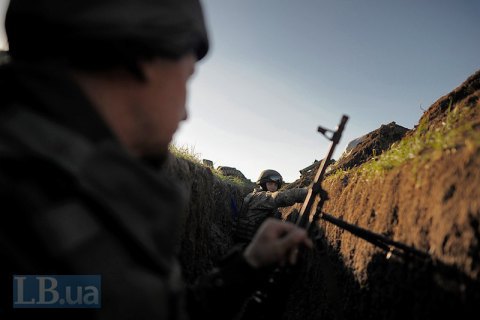 On 23 July, pro-Russian militants violated the so-called "bread ceasefire", declared as of 21 July, once, a spokesman for the Ukrainian Defence Ministry, Dmytro Hutsulyak, has said at a briefing.

"According to available information, today, on 23 July, the enemy once used weapons against our positions. At 8.50 a.m. the enemy was carrying out aimed fire with grenade launchers and small arms against our defenders of the village of Luhanske from the occupied village of Nyzhnye Lozove (Donetsk Region)," he said.

The Ukrainian army had no losses and did not return fire.

The Defence Ministry quoted intelligence reports as saying that the Russian occupying troops have been preparing to deploy artillery and expediting the training of artillery units.

The ceasefire was generally observed on 22 July.