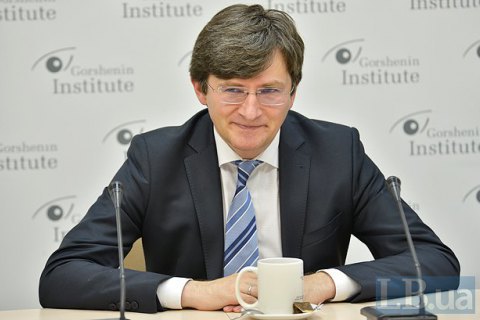 If the Servant of the People party secures 226 votes as a parliamentary faction, it will assumed the coalition rights, a former member of the Central Electoral Commission, Andriy Mahera, has told LB.ua.

"A coalition cannot be created in a new parliament because a faction of the Servant of the People, if it secures a majority of MPs, has the coalition rights. Therefore it cannot create a coalition with other factions," he said, referring to Article 83 of the Constitution of Ukraine.

He said that the same situation was in 1990 when the parliamentary majority was formed by the so-called Group 239, the Communist faction in parliament of the first convocation.

"The mandate of parliament of a new convocation cannot be terminated during one year," he added.

"The Servant of the People has no other option: either they nominate a prime minister and form a new Cabinet of Ministers, or Groysman's government continues to work," he said. He added that a new parliament would not require a coalition agreement either.

Earlier, the party's head, Dmytro Razumkov, said that the Servant of the People may still form a coalition with rock singer Svyatoslav Vakarchuk's Voice, should the latter agree.

With 92.97% of vote count reports processed, President Volodymyr Zelensky's Servant of the People party is in the firm lead with 43.12% of the vote.