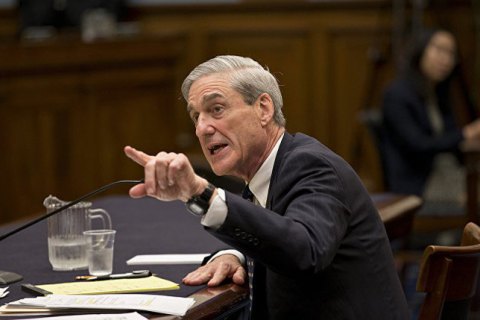 The US special counsel's office under the Justice Department promised Ukrainian oligarch Dmytro Firtash to drop US charges against him should he agree to testify against Donald Trump and provide any other information of interest, The Hill has said in an article entitled "How Mueller deputy Andrew Weissmann's offer to an oligarch could boomerang on DOJ".

According to the article, Special Counsel Robert Mueller's chief deputy Andrew Weissmann "quietly reached out to the American lawyers for Ukrainian oligarch Dmitry Firtash with a tempting offer: Give us some dirt on Donald Trump in the Russia case, and Team Mueller might make his 2014 U.S. criminal charges go away".

According to a defence memo recounting Weissmann’s contacts, the prosecutor claimed the Mueller team could "resolve the Firtash case" in Chicago and neither the DOJ nor the Chicago U.S. Attorney’s Office "could interfere with or prevent a solution", including withdrawing all charges. "The complete dropping of the proceedings … was doubtless on the table," according to the defence memo.

The oligarch’s defence team told the author of the article, investigative journalist John Solomon, that Firtash rejected the deal because he did not have credible information or evidence on the topics Weissmann outlined.

"But now, as Firtash escalates his fight to avoid extradition, the Weissmann overture is being offered to an Austrian court as potential defence evidence that the DOJ’s prosecution is flawed by bogus evidence and political motivations," he said.

In a sealed court filing in Austria earlier this month, Firtash’s legal team cited Weissmann’s overture as evidence of political motivation, saying the prosecutor dangled the "possible cessation of separate criminal proceedings against the applicant if he were prepared to exchange sufficiently incriminating statements for wide-ranging comprehensively political subject areas which included the U.S. President himself as well as the Russian President Vladimir Putin".

Solomon recalled that after years of litigation, the U.S. Justice Department won a ruling in Austria to secure Firtash’s extradition to Chicago. But then his legal team secretly filed new evidence that included the Weissmann overture, and Austrian officials suddenly reversed course last week and ordered a new, lengthy delay in extradition.