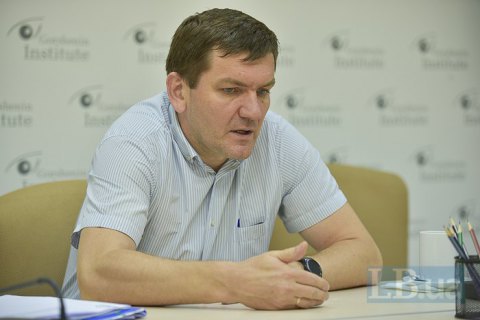 The Prosecutor-General's Office (PGO) has dismissed the head of the special investigations department, Serhiy Horbatyuk.

"I have not seen the order but the HR department informed me about my dismissal by phone," he told Ukrainian News.

Horbatyuk is planning to appeal his dismissal.

"No doubt, I will appeal. And I will report a crime because I have been dismissed in an arbitrary and illegal manner. He [PGO chief Ruslan Ryaboshapka] could refuse to employ me at the PGO but he had no legal ground to dismiss me," he said.

According to early reports, prosecutor Oleksiy Donskyy, who was in charge of the case on the shooting of Maydan protesters, has also been dismissed.

The special investigations department was formed as part of the Prosecutor to oversee the investigation of all crimes committed during the protest actions in Ukraine. It was to analyse the usurpation of power and the whole complex of criminal acts committed during President Viktor Yanukovych's rule. The priority task of the department is to investigate the massacres of participants in the peaceful protests on 18-20 February 2014.

Since 20 November 2019, the PGO has finally lost the function of investigation. Therefore the special investigations department was to be dissolved. Its employees were offered a choice: to continue the investigation as part of the State Bureau of Investigation or to carry out procedural guidance on these cases at the PGO after screening.

Horbatyuk refused to write an application for screening in the form established by the PGO leadership because, in his opinion, it does not comply with the law in effect.

On 21 October, Prosecutor-General Ruslan Ryaboshapka established a new office instead of the special investigations department, which will only provide procedural guidance on the Maydan cases.