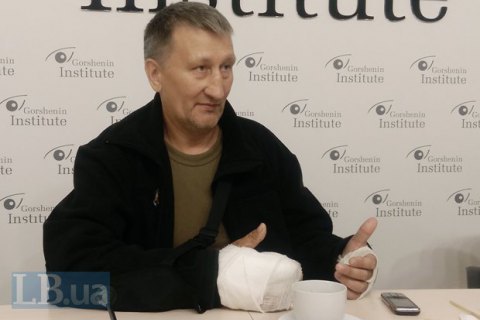 Two men got killed and a passer-by woman was lightly wounded by a hand grenade explosion which rocked Kyiv's Pushkinska Street on the evening of 22 October.

According to the Informator page on Facebook, the two men who were killed by the blast were chatting outside a bar and examining a hand grenade.

One of the fatalities was later identified as a 53-year-old Donbas war veteran Viktor Dektyarev (aka Sensei). He headed the Kupol group of the Donbas battalion. Because of multiple combat wounds, he switched to the instructing role in Donbas. He is survived by three children.

The other victim is an office guard born in 1977.