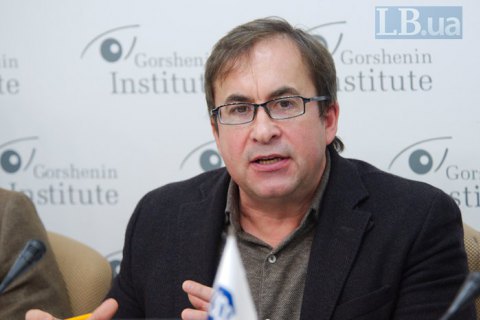 The National Anticorruption Bureau of Ukraine (NABU), prosecutors and other agencies have been thoroughly checking the existing contracts, which means we have de facto entered the unannounced period of "vetting" of defence contracts, with many of them either suspended or frozen, military expert Sergiy Zgurets has said at a roundtable "A dead-end for Ukrainian drones" at Gorshenin Institute.

Zgurets is a a board member at the Ukrainian Security Studies Institute and director of the Defense Express news and consulting company.

"The Defence Ministry is considering what exactly to finance out of fear of certain decisions that were made by previous officials. The new prosecutor-general sent a letter to the Defence Ministry with a question: why do the armed forces buy weapons that were transferred for test use, have long been in test use, have not been accepted into service, but they still buy them? Having received this letter, the Defence Ministry created a certain situation and consequently announced that it would repeal Resolution 435 which stipulated that equipment can be used by the Armed Forces if it meets the specific needs of the military and is needed by the Armed Forces," the expert said.

At the same time, he noted that following the discussions in preparation for today's roundtable at Gorshenin Institute, a small note appeared on the website of the Defence Ministry yesterday, saying that the ministry is not taking efforts to repeal Resolution 345.

“And therefore, the appearance of this information is a definite echo of the preparations for our roundtable. This note says that the Defence Ministry is interested in innovations, the rapid introduction of new technologies and the development of the Armed Forces through interaction with developers of weapons and military equipment,” the expert noted.