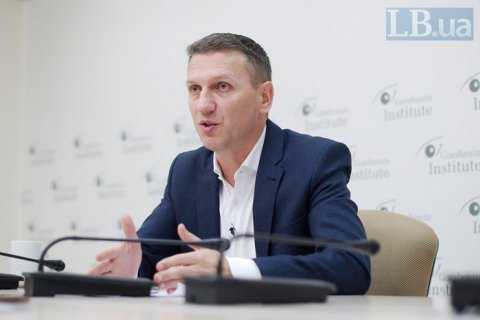 The head of the State Investigation Bureau, Roman Truba, has said in an interview with LB.ua that none of law-enforcement agencies had bugged his office.

"This wiretapping device was not installed by any law-enforcement agency," he added.

"A wiretapping device was found in my office on 21 September. Not just a microphone but the whole system… There was a microphone connected with wires in a ventilation system. And all the information went elsewhere, not in the office. There were other devices, the received information was recorded and transferred," he said.

Truba added that he was not in his office that day. It was Saturday. "As a rule, when I am in Kyiv, I come to work on Saturday. But because we had a certain event (in my family – ed.note) on 21 September, I was not in Kyiv. My colleague was at her desk, she opened windows to let in some fresh air. When she turned on the ventilation, she heard strange sounds. An inspection of the ventilation channel revealed this device. Law-enforcement agencies were called in," he said.

"I clearly know how long this device was there, but I don’t want to say. It can negatively affect the collection of evidence," Truba said, adding in response to a clarifying question: "Yes. More than three months."

At the same time, Truba suggested that the recordings that were published in an anonymous Telegram channel called "Truba has burst" were edited.

"I had not previously ruled out that versions of illegal recordings would appear on the Internet. I did not understand only in what form, where and when. Moreover, I understood that they would be used to put pressure. For me, it is not so important who will do it but for what purpose. And the goal in this situation is clear, that is to discredit the body and the director of the SIB," he said.

Asked whether he recognizes his voice, Truba replied: "My answer is the following: the voice is similar. But I can’t say that it is my voice. To do this would require a phonoscopic test."

"If we are talking about these events (the essence of conversations in the recordings – ed.note), they did not happen," he said.