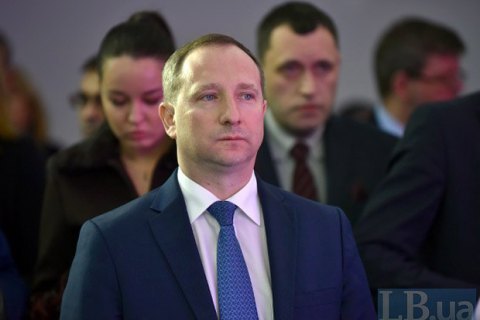 Ihor Raynin, a former head of ex-President Petro Poroshenko's administration, is a member of the pro-Russian Opposition Platform-For Life party. On 27 November, he headed the party's Kharkiv branch, according to the local news website Kharkiv Today.

One the party's leaders and former member of Viktor Yanukovych's Party of Regions, Yuriy Boyko, came to Kharkiv on 27 November to introduce Raynin.

According to Boyko, Raynin has long been with the party but this information was not made public.

"[Let me introduce] my friend, I can already call him that, Raynin Ihor Lvovych. Why can I call him that now? Because at one time, when he was in power and held the post of the head of the administration, we persuaded him to stay there. He tried to leave, quit it several times, and we persuaded him to stay there. I can say it now because it was not possible before, because he was the only one in that group of Halychyna people who defended the interests of eastern Ukraine. Together with us, he defended Kharkiv, Luhansk, Donetsk at the most difficult time and did not allow to finally humiliate us when there were nationalist authorities, and it was very difficult for him," Boyko said.

Not a single person voted against Raynin as head of the Kharkiv regional branch of Opposition Platform-For Life while several people abstained.

Raynin headed the presidential administration from August 2016 to the last day of Petro Poroshenko’s presidency.