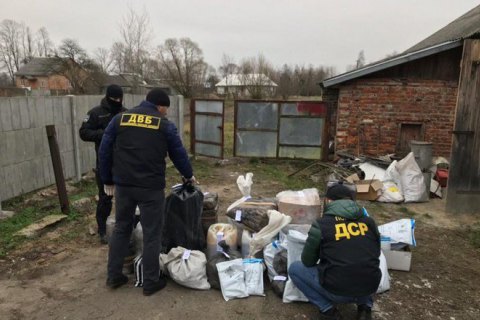 As a result of a large-scale special operation, law enforcers have uncovered a drug syndicate and confiscated narcotics worth 25m hryvnyas [1.04m dollars], the press centre of the National Police has reported.

"Law enforcers are holding a special operation in which almost 500 employees of the police and prosecution are involved," it said.

Two organisers and 18 members of the gang have been detained by now. One of the organisers is a sitting deputy of a united territorial community.

The National Police noted that in order to properly control, function and secure its operations, the drug syndicate had a clear hierarchy and assigned roles: control over the functioning of laboratories, their protection, "chemists", "financiers", maintenance of an online store, delivery of products to warehouses, "messengers", "cache makers" and others.

Drugs were sold in regional and big district centres of Ukraine (over 100 locations) and abroad, in Moldova and Belarus. Belarusian law enforcers have detained two more members of this organisation as part of this case.

Overall, the drugs business was run by around 50 people, residents of Lviv, Kyiv, Cherkasy, Kharkiv, Chernihiv and Dnipropetrovsk regions, aged 18 to 39. The operatives tracked down five drug laboratories in Lviv and Cherkasy regions, capable of producing the "goods" on an industrial scale.

According to preliminary estimates, drugs and psychotropic substances worth almost 21m hryvnyas have been sold through the web store.

As a result of almost 100 simultaneous searches, police have confiscated over 46 kg of drugs and psychotropic substances, as well as 170 litres of precursors worth 25m hryvnyas. They have also confiscated 24,000 dollars, 1,100 euros and 38,600 hryvnyas, over 20 bank cards and mobile phones, arms and cartridges of different calibres, ammunition, notes on the "movement" of drugs, dealers, "clientele" and debtors, as well as six premium-class cars.