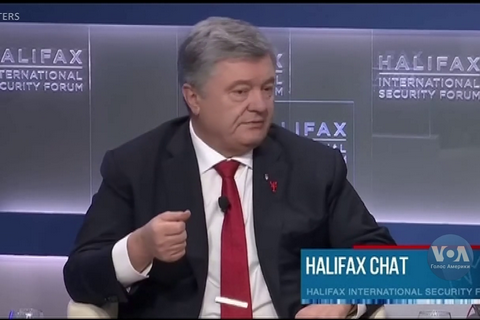 Former Ukrainian President Petro Poroshenko has met Donald Trump's personal attorney Rudy Giuliani twice. He was speaking at an international security forum in Canada, according to the Voice of America.

"Mr Giuliani promised me to raise the level of our cooperation," he said.

Asked whether Giuliani wanted something in exchange for these meetings, Poroshenko said: "I am the president of Ukraine, a big European nation and country. I cannot imagine talking to me like that as the president."

Neither Burisma nor the Bidens were raised at the meetings.

Giuliani is a key figure in the so-called Ukrainegate scandal around the phone conversation between Donald Trump and Volodymyr Zelensky.