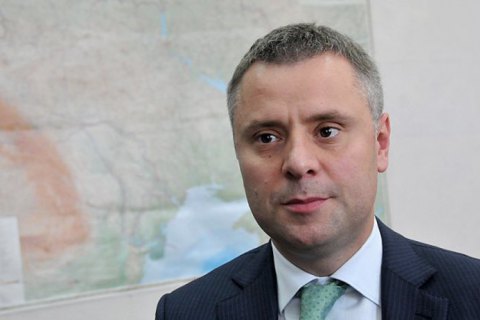 He confirmed that Ukraine deemed the offer unacceptable and noted that "Gazprom has every opportunity to sign a new long-term contract on gas transit across Ukraine" in accordance with European rules. Ukraine expects Russia to book its transit capacities for another 10 years.

Vitrenko noted that even an "stand-by" option, until a long-term contract is signed, must be based on European rules.

For its part, Naftogaz offered its view on how a "gas war" can be avoided. It includes the transfer of gas at the Ukraine-Russia border and swap transactions. In this case, Gazprom will hand over a certain volume of gas to Naftogaz so that the latter could transport it to operators in Europe.

Naftogaz also said that it was prepared to reach an amicable agreement on the Stockholm arbitration ruling under which Gazprom must pay the Ukrainian company almost 3bn dollars.

"We would not mind money but if Gazprom wants to pay this debt with gas supplies, we are ready to consider this offer," Vitrenko said.

Naftogaz said that the settlement of disputes in international arbitration, the cancellation of the Antimonopoly Committee's decision to fine Gazprom and the recall of a complaint to the European Commission cannot be seen as a condition for extending transit because a new contract must be signed with a company that is not part of Naftogaz Group.

"To sum it up, for now we cannot see any legitimate grounds not to sign a new contract on gas transit across Ukraine under European rules. We state our preparedness to diligently work on this on our part," he said.

The 10-year transit contract between Naftogaz and Gazprom expires on 1 January 2020.