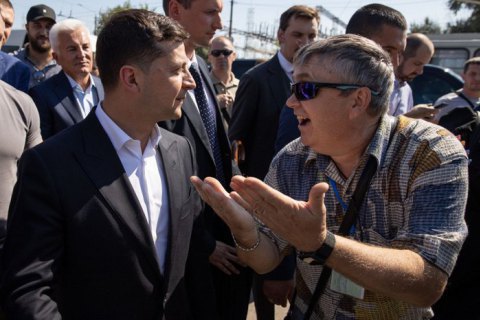 Those who think Ukraine is moving in the wrong direction have outnumbered those who believe otherwise, according to a poll by the Democratic Initiatives pollster and the Kyiv International Institute of Sociology on 4-19 November.

The pollsters interviewed 2,041 respondents as part of the research financed by the EU Delegation to Ukraine.

The survey found that 36% of Ukrainians think the country is moving in the right direction while 39% consider the direction to be wrong.

Of those who think the country is on the right track, most are Servant of the People voters (50% think the course is right and 25% call it wrong), whereas supporters of European Solidarity and pro-Russian Opposition Platform-For Life are of the opposite opinion, with 69% and 74% fearing the country is moving in the wrong direction.

Immediately after the elections, optimism was much higher: in August, 50% thought the vector was right and 23% called it wrong.

However, today's estimates are much higher than before the elections. In August 2018, only 11% of Ukrainians thought the country was moving in the right direction while 72% did not agree.

Currently, 62% of Ukrainians appreciate the first steps taken by President Volodymyr Zelenskyy's team while 23.9% are critical.