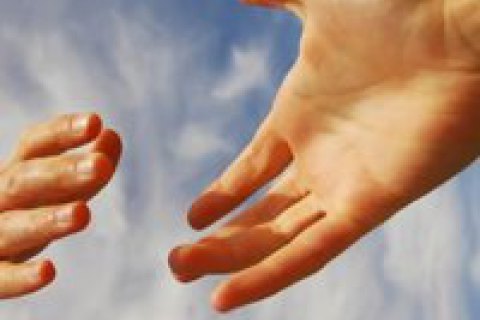 Ukrainian charity foundations should engage in the communications with the population more actively in order to increase the trust of Ukrainians and attract more people to their projects, read the results of the sociological research “Charity through the eyes of Ukrainians”, led by the Ukrainian center of the public opinion Socioinform at the request of the Zagoriy Foundation.

“People, who need help, ask for help mostly from others in their inner circle: family, neighbors, colleagues. Only every fifth have searched for help from the charity organizations. On the other hand, people said they’d apply for help to charity funds second thing after their relatives and friends. Obviously if the charity organizations become more open and transparent they would become the most comfortable benefactors for those in need,” the authors of the research said.

According to the data, 47 % of respondents applied for help to their relatives, 23% - to the neighbors and local officials, 21% - to the local governments and only 19% - to the charity fuds.

“The participants of the research are not sure if charity funds permanently help people, not sure if the funds are open for the cooperation with the society and understand the needs of society,” the report of the sociologists reads.

The researchers recommend the funds to impose the educational programs, cooperate with schools, popularize different forms of charity. The funds should also make the information they spread about themselves more available and convenient.

The charities should inform people about the socially important problems and the possible ways to solve them, demonstrate the achievements and results of their actions. Moreover, the funds should find local trustworthy people who could work with population.

“Ukrainian philanthropy traditions formed more than 100 years ago – here we should remember Tereshchenko and Haritonenko families. Nowadays it is important not only to revive those traditions, but also introduce these traditions as many Ukrainians as it possible. Philanthropic organizations are ready not only to do charity projects but also to increase the popularity of helping others. For example, Ford Foundation is responsible for spreading the charity all around the world. I am happy that one direction of our fund work “the culture of charity” fits into this trend,” Kateryna Zagoriy, the chairman of board of the Zagoriy Foundation said.

According to her, people must know that everyone can contribute to the work of charity funds, not only the employees of those organizations.

“We want to show that on the example of our Shchedryi vivtorok project, a part of the global movement Giving Tuesday that will be held on December 3rd this year. There are several simple ways to join the activity of the foundations, that take part in the project. You can read about them in details on the Shchedryi vivtorok website, where everyone can find the way that suits him,” Kateryna Zagoriy said.

Ukraine joined the Giving Tuesday movement in 2018 and became the 154-membering country. The charity funds Zagoriy Foundation, Tabletochki and The Givers Club and The Ukrainian forum of philanthropists were the initiators of the «Giving Tuesday» .

“Shchedryi vivtorok” was recognized the most successful launch of the local project of the international Giving Tuesday movement in 2018. Every year the movement collects some $100 million around the world.

Zagoriy Foundation was founded in 2015 by the family of entrepreneurs and philanthropists – the Zagoriys, beneficiaries of the pharmaceutical company Darnitsa. The Fund works in three different directions: the education culture, charity culture and art.