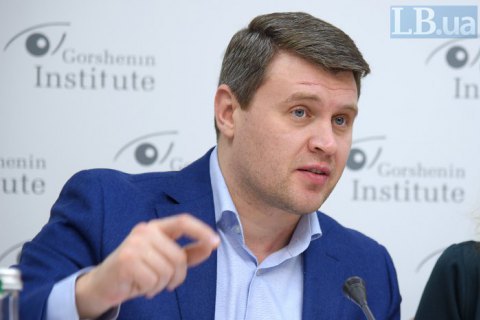 Fatherland MP Vadym Ivchenko has said that the bills on the land market, which were passed in the first reading, need to be reworked significantly or else they may cause social conflicts.

He was speaking at a roundtable discussion entitled "Battle for land. In search of compromise" hosted by Gorshenin Institute.

"Parliament has two weeks to submit to the agrarian committee amendments to bills 2178-10, 2194, 2195 adopted in the first reading. After that, we will have two weeks to see which amendments should be taken into account and which should not. But, on the other hand, we need to sort out the technical aspects of the bills to make sure that a Mercedes leaves the assembly line. That is, these should be working projects, working moments, as easy as possible on Ukrainian farmers. Because when the bill on auctions foresees three rounds consisting of three steps each, and the farmer does not even know how the competitor's price will increase, this is a bit confusing and will not work. This will lead to social conflicts and to the fact that this land reform, which should facilitate access to land for small farmers, will on the contrary put obstacles to their work. Therefore we will work on amendments to the bill and practice will show which e-platform is going to be best," he said.

He continued: "As for how much land can be accumulated in one hands, this definitely needs to be reduced. If we are talking about small and medium-sized businesses, such enterprises today account for 60% of foreign exchange earnings entering the country. A company with a volume of 2,000 to 7,000 hectares is a historically formed medium-sized business. Most producers are very small farms that cultivate up to 500 ha. And they need to be given some preemptive right to participate in auctions, while the ownership of land should be given to those who have been cultivating it for decades."

According to the politician, the referendum on the right of foreigners to buy land, which was promised by the authorities, will not solve the problem of Ukrainian land being bought up through legal entities.

"We need to clearly rule out the sale through a legal entity because no-one has canceled the sale of corporate rights. This means that if the mechanisms for the expropriation of these lands are not prescribed, everything will work like this: a Ukrainian, a proxy, will buy 20,000 hectares and then simply sell corporate rights to a foreigner. In this case, the state will have to either immediately buy out this land or write a statement that foreigners should give up or sell this land, and this should be said in the law. That is, the mechanisms for transferring such a land plot when corporate rights were sold are not foreseen by this law. This means that when this is included in the law, they will also violate Article 116 of the procedures. And violations of the rules, I shall remind you, have already led to situations when laws got cancelled because they did not comply with the procedures. And this can be a problem, including for those technical things that are needed for the bill to work. The authors of these bills were in a hurry and brought the raw stuff to the chamber. When practicians reviewed these documents, it turned out that the law on auctions simply would not work and there would be big social conflicts," the MP said.