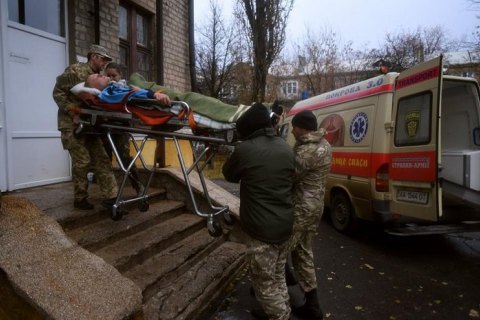 Six Ukrainian servicemen have been wounded as a result of three ceasefire violations in Donbas today, the Joint Forces Operation HQ press centre has reported.

"The enemy fired on our positions using infantry fighting vehicle guns, grenade launchers of various systems and heavy machine guns," it said in the evening update.

"While Ukraine, using any and all diplomatic means, is trying to build peace, the Russian occupiers cynically breach any agreements. In particular, at one of the sectors, the Ukrainian side sent two requests for 'silence' to deliver first aid to the wounded. Russian armed formations gave their agreement but continued to fire with automatic grenade launchers," the HQ said.

The Russian occupying forces carried out 11 attacks on the Ukrainian positions on 19 November. The Ukrainian army sustained no losses.