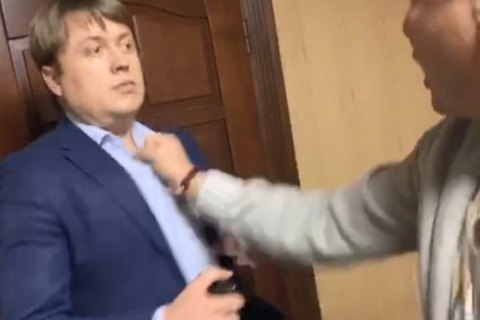 The Boryspil court has released Radical Party leader Oleh Lashko after MPs Viktoriya Syumar and Mykhaylo Volynets stood surety for him, according to Interfax-Ukraine.

Lyashko is suspected of committing violence against Servant of the People MP Andriy Herus during a fight in Boryspil airport on 6 November.

The scuffle broke out after Lyashko accused Herus of lobbying an amendment unblocking Russian electricity imports.