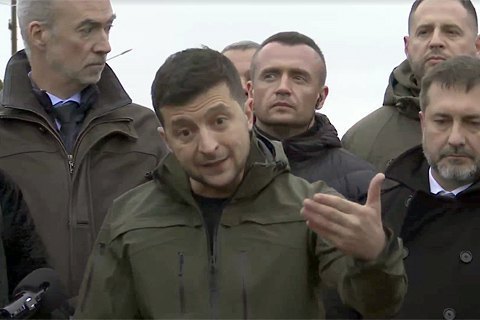 President Volodymyr Zelenskyy has shared his expectations from the Normandy Four summit during his visit to Stanytsya Luhanska.

In addition to an exchange of prisoners and local elections in Donbas, he plans to raise the issue of a "serious ceasefire", he told journalists.

"A serious ceasefire means no shooting the way I see it. With clear time frameworks and commitments. Because no-one in Minsk has discussed what would happen if we agreed on a ceasefire but fire started? I would like to talk about this," he said.

He expects such a ceasefire to be continuous, not like before when it held for "two or three days".

Zelenskyy promised to raise the issue of "control over the border, the transfer of control to Ukraine".

The Normandy Four leaders last met in Berlin in autumn 2016.