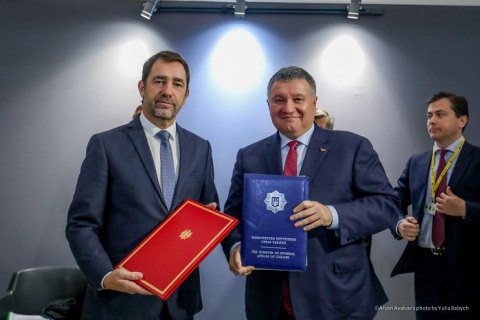 Ukraine has signed an agreement with France on the purchase of twenty 32-meter-long OCEA patrol boats to strengthen its maritime border security.

The interior ministers of the two countries, Arsen Avakov and Christophe Castaner, signed an intergovernmental framework agreement at the Milpol Paris 2019 exhibition on 19 November.

It is yet to be ratified by both parliaments.

According to Avakov, the OCEA offer was the most cost-effective for Ukraine and 25% of boats will be assembled in Ukraine.

"One out of four ships will be made in Ukraine... Tentatively, it will be one of Mykolayiv plants. We will be able to restore the production of boats with aluminium hulls. We hope that after this contract we will continuously produce boats at the Mykolayiv plant," Avakov said.

The cost of the contract is 136m euros. Ukraine will pay 15% of the sum from the state budget while 85% will be financed by a special loan to be issued by the French Treasury at the minimal interest.

"The contract includes the purchase of boats, staff training and maintenance," the minister added.