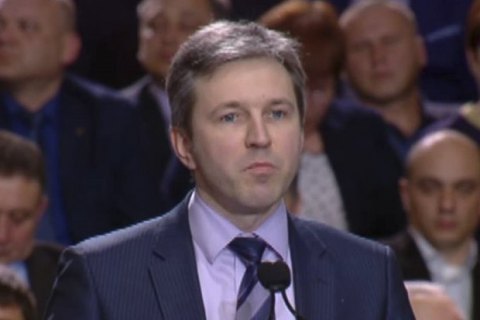 Ukreximbank head Oleksandr Hrytsenko has been detained in Kyiv, the press secretary for the Security Service of Ukraine (SBU), Olena Hitlyanska, has said.

"The detention was carried out fully in line with the law. At present, he is in a remand centre," she said.

Hitlyanska said that the SBU detained the banker on the instruction of the Prosecutor-General's Office for crimes described by Article 255 Part 1 (creation of a criminal organisation), Article 191 Part 5 (embezzlement), Article 209 Part 3 (money laundering).

Earlier, mass media reported that Hrytsenko was abducted as he was taking his child for a stroll. He was allegedly pushed into a black bus and driven away.

Hrytsenko was appointed board chairman of Ukreximbank on 1 August 2014. He replaced Vitaliy Belous who headed the bank since early 2013.