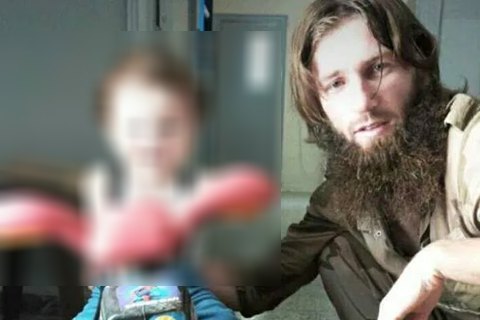 The Security Service of Ukraine (SBU) has said that it has detained a commander of the Islamic State (ISIS) terrorist group, Al Bara Shishani.

It turned out he had live in Ukraine since 2018. He was detained in a private house on the outskirts of Kyiv, according to the SBU website.

Al Bara Shishani is Georgian national Tsezar Tokhosashvili. Since 2012, he has been the Amir of the Ahadun Ahat Jamaat in the Syrian province of Latakia. In 2013, he became a deputy of ISIS military emir Abu Omar al-Shishani.

When Al-Shishani was killed in 2016, Al Bara Shishani went to Turkey.

"Tsezar Tokhosashvili, also known in his homeland under the name Levan, went to Syria to fight back in 2013. At first, he was part of the armed opposition, leading the so-called Chechen brigade, but then joined IS, where his fellow villager Tarkhan Batirashvili (Omar al-Shishani) was a 'war minister'. Thanks to this friendship, Tsezar Tokhosashvili built great influence," the Russian newspaper Kommersant said about Al Bar in 2017, when he was reported killed. Subsequently, the death report was denied.

According to the SBU, in 2018 Al Bara Shishani illegally arrived in Ukraine using a fake passport and legalised his status here to coordinate the activities of special ISIS cells, amniyats.