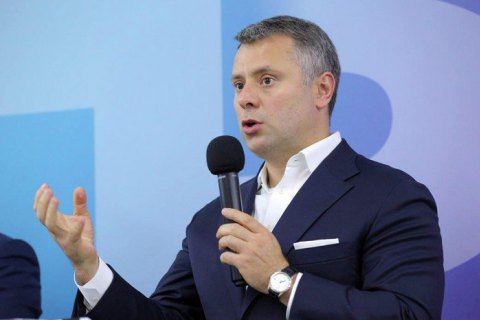 The executive director of the national oil and gas company Naftogaz Ukrayiny, Yuriy Vitrenko, has said that the company is prepared for a scenario in which Russia stops its gas transit via Ukraine. As a result of this, Ukraine's GDP may lose 0.7%, according to the company's estimates.

"We have given an advance warning to the government and everyone who must get prepared for such consequences. We will face them as soon as in January," he said in an interview with Ukrinform.

He recalled that Ukraine earned 200m-250m dollars from transit on a daily basis, the last such payment being expected to be received for December 2019 in January.

"However, they will stop as soon as in February. The government will feel the effect immediately," Vitrenko said.

"Why so pessimistic? Because, unfortunately, this is Putin's decision and it is very difficult to predict whether he can change his mind under the pressure of the international community and economic arguments," he explained.

The 10-year transit contract between Naftogaz and Russia's Gazprom expires on 1 January 2020. Negotiations on a new contract facilitated by the European Commission have not been fruitful so far.