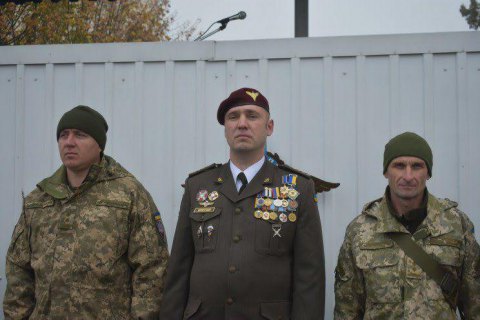 The colonel was admitted to hospital.

Three more officers of the same unit were wounded as a result of militants firing a grenade launcher.

The evening update by the Joint Forces Operation HQ mentions two servicemen who got wounded as a result of the explosion of an unidentified explosive device. It is unclear whether the incident had to do with the brigade commander.

The area of disengagement of troops No 3 near Bohdanivka and Petrivske is the zone of responsibility of the 128th mountain assault brigade.

Col Korostelev took over command of the brigade recently. Previously, he was in charge of the howitzer artillery division of the 25th detached airborne brigade.